Research for the Public Good

Open access is at the heart of everything that Jonathan Eisen, director of the UC Davis Microbiome Special Research Program, does.

Eisen is a professor in the Department of Evolution and Ecology and Medical Microbiology and Immunology  with an appointment in the Genome Center. He takes the complicated topics his lab works on — like the study of ecology, evolution and function of microbes and microbial communities — and makes them approachable and understandable to the general public through social media (e.g., blogs, Twitter), giving public talks (e.g., a TED talk), and posting openly his talks, bird photos, etc.

The results? Among his academic accolades and research paper citations, Eisen currently has more than 60,000 Twitter followers (and counting), was named one of Esquire Magazine’s “Best and Brightest” and was recently elected  in this year’s class of fellows of the American Association for the Advancement of Science, the world’s largest general scientific society.

“I hate that some science communicators mock people for not understanding something they think they should. That just drives me insane. It’s not useful and it’s lazy,” Eisen said. “I have found the more you engage people and treat them as partners, the better off we all are.”

Eisen has always been in favor of sharing his research. When he was a graduate student, he shared findings about his work on genomics and evolution on his website before publishing them in any journal. But his commitment to and passion for open access to scientific research exploded in 2003 when the issue became personal.

While pregnant, Eisen’s wife underwent an amniocentesis — a relatively common procedure. Unfortunately, the procedure was not done correctly and the situation became very dangerous. One of the major complications this created was related to the issue of Rh incompatibility. Due to the mixing of fetal and maternal blood, his wife should have received a RhoGAM immunization. However, the doctors did not initially do this and when pressed a few days later they were unsure if a late immunization could work. So Eisen tried to examine the literature to figure out what to do. Eisen had the scientific training necessary to locate and understand research papers on the topic that could give him the answer. But he couldn’t access them.

“Here I was at 2 a.m. in a hospital room across the street from the genomic center where I worked, and I couldn’t get papers on RhoGAM immunizations,” Eisen said. “There were papers on the topic, I just couldn’t get access to them.”

His wife survived, but the couple lost their baby. This was a galvanizing incident for Eisen, who said it was the moment he realized, “This is insane."

“We paid for this research with public dollars,” Eisen continued. “The goal of this research is to benefit humanity and communicate science; here I am a trained person, trying to make a decision, and I couldn’t get the papers. I never looked back and became a relentless supporter of open access to scientific knowledge.” 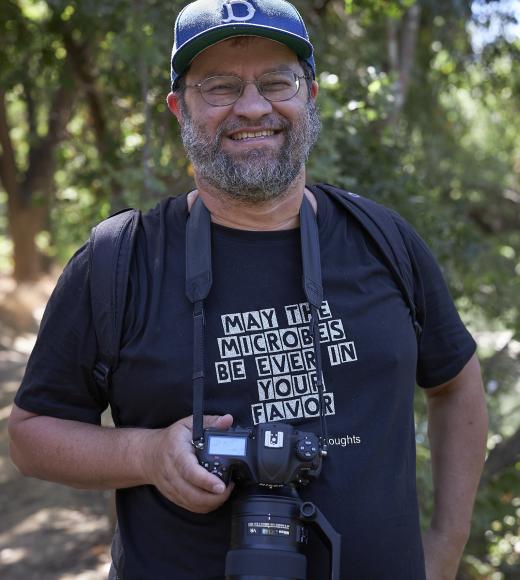 Although Eisen grew up with parents who were scientists, it was actually birds that motivated him to pursue a career in science. He always enjoyed bird-watching on family backpacking trips as a child and in college applied for a summer internship studying hummingbirds at a field station in the Rocky Mountains.

“That was it,” he said of his Colorado research experience. “I was hooked forever. It was my first real research experience. It was fun and hard and interesting. It combined all the things I loved — natural history, math, biology — with a community of like-minded people.”

Eisen had just switched his major from East Asian studies to biology and this experience helped convince him he made the right decision. He earned his degree in 1990 from Harvard and went on to get his Ph.D. in biological sciences from Stanford University.

“I realized that the people who were analyzing data related to genomics were not taking an evolutionary approach,” Eisen said. So he began writing papers that did just that; and in 1997, Eisen coined this method phylogenomics, because it applies classification systems from evolutionary biology to organizing and analyzing genomic and metagenomic sequence data.

This sketching out ideas on napkins eventually led to greater opportunities for Eisen. Despite attending some of the most prestigious universities in the world, he landed his first job not through a fellowship or connections at a conference, but at a social event. A graduate student at the time, Eisen “finagled” his way into attending a dinner with Craig Venter — the man who led the first project to sequence the genome of any organism and then led a company's effort to generate the first draft human genome (and is considered to be one of the top 100 most influential people in the world).

Scoring a seat next to Venter, “I proceeded to tell him everything he was doing was stupid and wrong, related to evolution” Eisen recalled with a laugh, “and then I literally drew my idea on a napkin and I had a job interview by the end of the night.”

Eisen soon got a job at The Institute for Genomic Research (TIGR) in Rockville, MD.  TIGR had been founded by Dr. Venter and at the time was one of the world's leading centers for genomics.

“I was like a kid in a candy shop,” Eisen said. “I had the most unbelievable time. I was working at the place for genomics. I was working on really interesting things, writing papers and getting published — it made my career.”

Another project idea — again drawn on a napkin — was related to genomic sequencing. When Eisen moved to UC Davis in 2005 he also obtained an adjunct appointment at the Department of Energy Joint Genome Institute (DOE JGI). At a meeting discussing DOE JGI projects, Eisen approached the director of the and used his quick drawing to convince the director to pursue an evolutionary-biology approach to sequencing genome data — a process that cost hundreds of thousands of dollars per genome at the time. Eisen’s idea was to use the tree of life as a guide for pursuing and mapping genomic data. The director agreed with Eisen and the Genomic Encyclopedia of Bacteria and Archaea (GEBA) project was launched.

“It has evolved into being one of the primary ways they organize their genome projects of all organisms — to use the evolutionary tree of those organisms to guide the selection,” Eisen said. “It has now produced thousands upon thousands of genomes that have really, I think unquestionably, transformed our ability to study microbiology.”

A community of collaboration

At UC Davis, Eisen collaborates with colleagues from across the university to infuse evolutionary biology and microbes research into dozens of different projects.

“I love bringing people together from disparate parts of campus to work on really hard problems and explore how really complex microsystems interact with each other,” he said. “I feel like we’ve had success in all kinds of collaborative projects.”

Some of these successes include discoveries with humans, dogs, ducks, oceans, sea grass, coral, soil, rice and the fruit fly. One particularly successful collaboration Eisen worked on involved a multidisciplinary team from UC Davis, the University of Wisconsin–Madison, and Mars, Incorporated in partnership with indigenous community in Sierra Mixe region, Mexico. Together, through a 10-year study, the group found that an indigenous variety of corn can “fix nitrogen” from the atmosphere using bacteria and microbes instead of requiring synthetic fertilizers. The discovery could be a game-changer for the commodity crop that typically requires synthetic fertilizers to grow in the quantities needed. 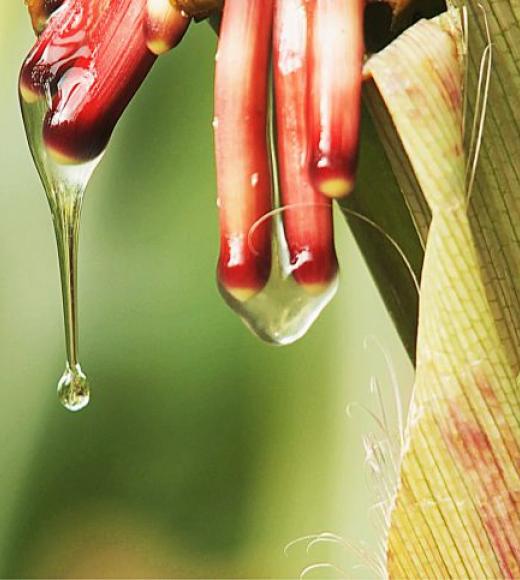 A multidisciplinary team from the University of California, Davis, the University of Wisconsin–Madison, and Mars, Incorporated have found that an indigenous variety of corn can “fix nitrogen” from the atmosphere, instead of requiring synthetic fertilizers.

“It’s the perfect model where you bring a large, interdisciplinary team together, including industry partners, to study a problem,” he said. “It’s complicated; it’s not easy, but it’s really interesting and important.”

And all along the way, he’s shared what he’s found with the public.

“Throughout my whole career I’ve been a proponent of sharing information with my community. At first it was others in the scientific community, and since the rise of social media, it’s evolved to include the public,” Eisen said. “This is my big interest now, to interface with science and the public.”

The Power of Networks 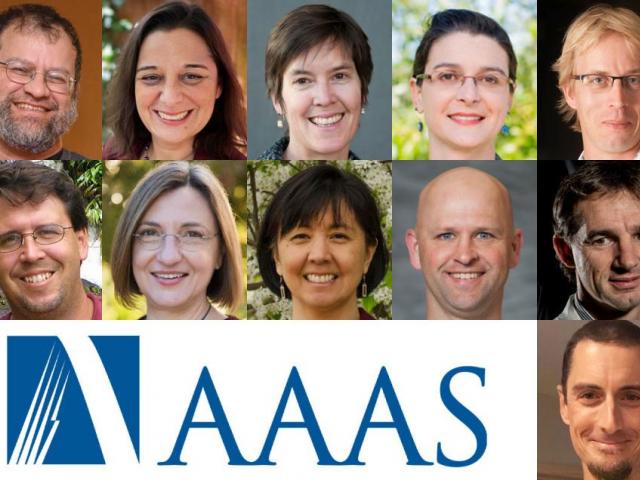 Eleven UC Davis professors have been elected in this year’s class of fellows of the American Association for the Advancement of Science, or AAAS, the world’s largest general scientific society.