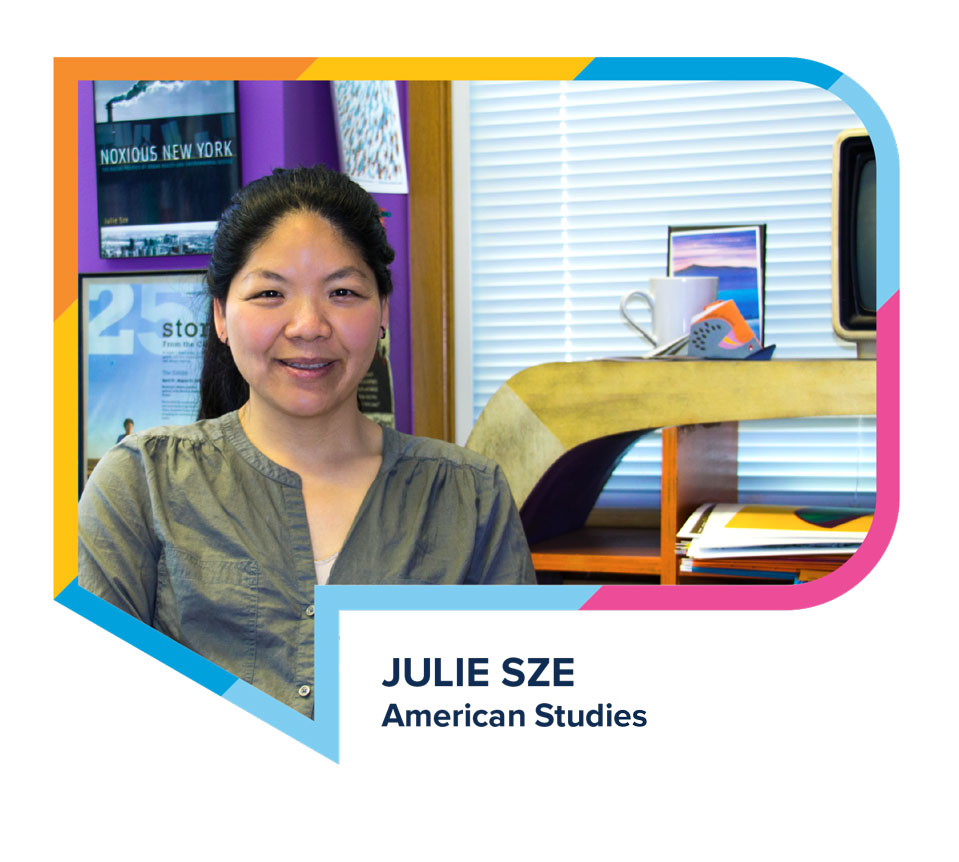 Julie Sze is professor and the Founding Chair of American Studies at the University of California at Davis. She has published three books (most recently, Environmental Justice in Moment of Danger in 2020), edited a collection on Sustainability and Social Justice (2018), and over 50 articles and book chapters. Her research is on environmental inequalities, the relationship between social movements and policy implementation and in the areas of public and environmental humanities.

With Javier Arbona, The city of Vallejo in the San Francisco Bay Area has faced convulsive racial violence in the past with legacies that re-emerge in architecture, the built environment, and land-use development proposals. Vallejo is an emblematic case study in militarized landscapes and in the spatial restructuring of austerity. During World War II, segregated Black sailors faced off with armed patrolmen and white vigilantes, followed by a wildcat strike against segregation in 1944. The 1996 closure of the U.S. Navy base on Mare Island left contaminated toxic landscapes and the city reeling, paving the way for the first municipal bankruptcy during the Great Recession in 2008. Furthermore, Vallejo sits along a corridor of oil refineries that contribute to racial disparities in atmospheric exposures. Neoliberal restructuring has rolled back public financing, ushering in “green” urban development projects from corporate developers, backed by one of the most violent police departments in California.

In the face of these contradictions, communities in Vallejo have drawn upon place to counter neoliberal land-use development that promises green gentrification with the long hand of police, and to connect ongoing racial oppression to historical sites of Black segregation and resistance. Community members fight to reclaim spaces from fossil fuels and toxic uses in favor of open space/recreation, green infrastructure, climate change adaptation and historical education. They use diverse strategies, from reappropriating the aesthetics of environmental beautification to rejecting the logics of green gentrification altogether. In doing so, these actors charge these spaces for embodied engagements that make Black and Brown lives matter in the urban landscape.