The Power of Networks

“Let me ask you a question,” said UC Davis professor Andrew Hargadon to a captive audience at a TEDx talk in Sacramento.

“What would innovation be like if it wasn’t about the idea?”

New, radical, disruptive ideas have long been considered the foundation of innovation; but, according to Hargadon, ideas are just the beginning.

“Our task, when we innovate, is not to have an idea. It’s to build the right network to turn that idea—and the many others that add, change, even replace it—into a reality,” he claims. “Innovation isn’t about the idea. The network itself is the innovation.”

He would know. Formerly a product designer for Apple, Hargadon began developing his theory about innovation in the fertile networks of Silicon Valley, a networking nirvana known globally for producing everything from smart phones and music streaming services to on-demand ride sharing and the self-driving car. He has developed or guided innovation programs for corporations like Hewlett-Packard, Mars, the Canadian Health Services, and Lawrence Livermore, Sandia, and Los Alamos national labs and has served on the strategic advisory boards of Physic Ventures and American River Ventures.

From this experience in the rapidly changing world of business, Hargadon saw that without a network of support, even the best ideas can be forgotten, left to gather dust in some corporate research and development cubicle or university science lab.  The network connects those ideas to the people who can build on them.

“Networking is how innovation is fostered,” Hargadon said. “Networking and innovation are directly related to entrepreneurship. It’s not about the idea. It’s about building the web of commitments that turn initial ideas into realities.”

University as a hub of innovation

It was a pursuit of greater networks for innovation that led Hargadon to change careers and venture into academia – first as an instructor at Stanford University, then to the faculty of University of Florida, and finally to UC Davis’s Graduate School of Management in 2003.

Hargadon believes universities have untapped potential as sources of innovation – with their natural convergence of creativity, diversity and networking.

At UC Davis he is the founding director of two such promising networks — The Mike & Renee Child Institute for Innovation and Entrepreneurship and the Energy and Efficiency Institute. One of Hargadon’s goals is to enable UC Davis and its partners to become an even more potent force for innovation and economic development.

“As one of the most diverse research campuses in the world, located in one of the most vibrant economic regions in the world, UC Davis is an ideal place to host these centers,” he said. “Few places offer such opportunities to build new networks around such a breadth of research and connect it to emerging innovations regionally and globally.”

Both centers encourage collaboration across disciplines. Through educational programs, they have paved a pathway for university scientists and engineers to transition their ideas from the lab into the world. Hargadon—in partnership with students, faculty, researchers, donors and industry leaders—is producing real-world outcomes that are proving that the key ingredient for innovation and successful entrepreneurial activity is networking – or hubs of innovation.

From classrooms to company startups

Another advantage of the collaborative model of these UC Davis centers is each benefits from the bright minds they attract—both on campus and through the university’s public partners—and the uncommon collaborations they generate.

In fact, input from two students who were auditing one of Hargadon’s classes resulted in the creation of UC Davis’ Business Development Fellows program. The program introduces Ph.D. students and postdocs to the Graduate School of Management, where they learn how to manage innovation and entrepreneurship.

“That was when the value of combining the university’s best graduate students, their research, and an introduction to entrepreneurship came into focus,” he said.

Building on the success of the Business Development Fellows, the Institute developed a flagship program with the help of campus partnerships: a three-day Entrepreneurship Academy. Each academy is a structured network where entrepreneurs, investors, lawyers, venture capitalists, and others with experience in the field of business and innovation teach classes and serve as mentors to UC Davis students and faculty researchers.

“We run four academies each year, three of which focus on particular sectors like biomedical engineering, food and health, or green technology,” he said. “At this point, participants in our program come from all seven major colleges.”

The success of the academy is evidenced by the number of students hired by local businesses, faculty members who have secured licensing deals on the outcomes of their research, and the creation of more than 150 new ventures, which have raised more than $1.6 billion in investments to date (Spring 2022).

“Engaged scholarship is critical to moving the benefits of scientific research into the public realm,” Hargadon said. “As importantly, knowledge flows both ways in this process by informing researchers of the challenges limiting the impact of their innovations, which helps guide their research agendas. 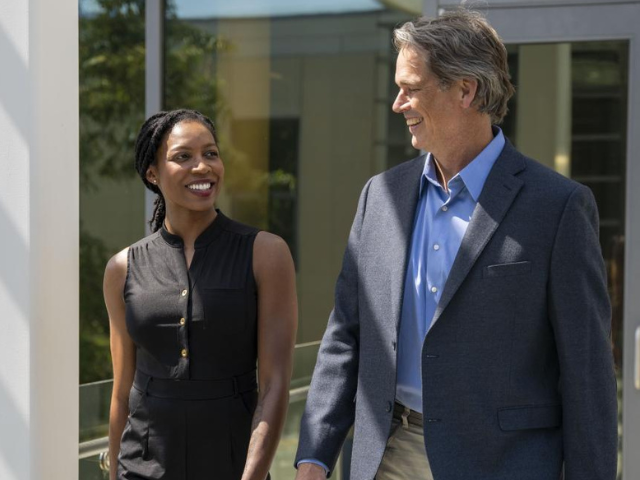 My Professor Became My Career Mentor