A New Approach to Human-Wildlife Coexistence in Patagonia: Collaborating With Ranchers

When I first went to Patagonia to research human-wildlife interactions as a postdoctoral researcher in 2017, I imagined it would look like the dramatic imagery I had seen associated with the region — something like the jagged peaks of Cerro Chaltén or Torres del Paine National Park. In reality, much of Patagonia is beautiful in a very different way. From the Andes, Patagonia extends all the way across the continent to the Atlantic coast of Argentina. This region, which is characterized by rolling hills, plateaus, canyons and grasslands, is called the Patagonian steppe.

The steppe makes up the majority of Patagonia, although it receives considerably less attention than the mountains. But its import is not only its beauty. The Patagonian steppe has also been intensively ranched since the 19th century and supported 22 million sheep at peak production This process occurred simultaneously with slaughter, imprisonment, and forced assimilation of indigenous people in the region by European colonists. Today, sheep ranching and oil and gas development are the primary industries of the steppe region.

Ranching is a way of life for many people in the Patagonian steppe. Production often happens at a relatively small scale; the majority of producers own and ranch on properties less than 200 acres in size. However, this pattern is being eroded as large landholders purchase and consolidate small properties into extensive landholdings. Other threats to the tradition of ranching include pressure to transition to soybean farming, migration to urban centers from rural areas, and increases in land prices. These modern problems stack on top of the historical challenges of ranching, which are largely dominated by various conflicts with wildlife.

Wildlife conflict in the Patagonian steppe

To take a step back: I’m a wildlife biologist here at UC Davis. My research examines the ways that humans change large mammal behavior and relationships to other species. When I found myself in Patagonia, a few things naturally caught my eye. One was the miles and miles of fences, upon which many guanacos (a llama relative) were draped after getting snagged trying to jump over them. Another was the marked difference in productivity across property lines — some retained the native shrubs and grasses of the areas, whereas others were reduced to bare dirt.

What I couldn’t see from that first superficial view was the long and complicated history of conflict between sheep ranchers and local wildlife. 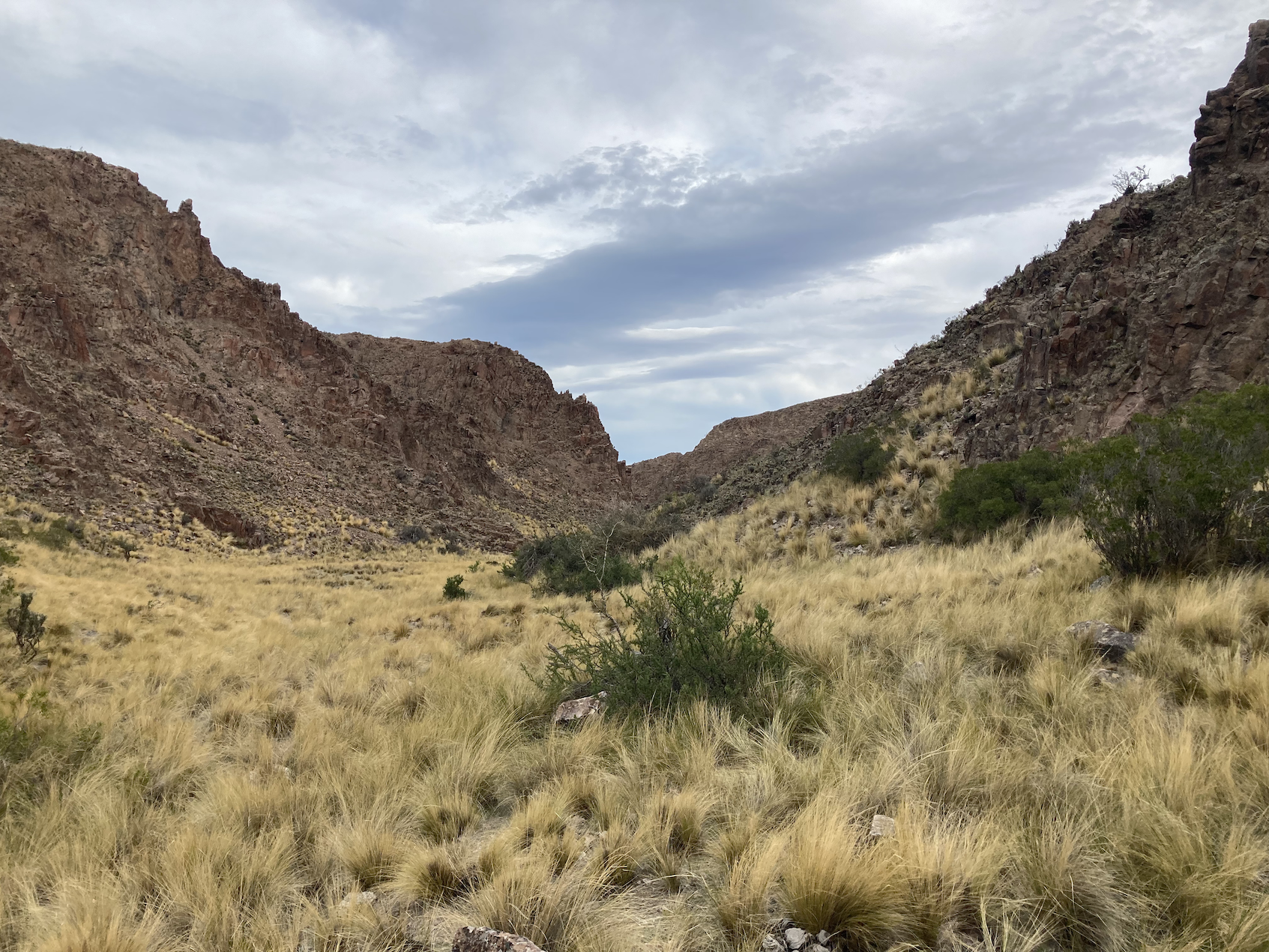 Livestock production in any environment is not for the faint of heart, but sheep ranching is a beast of its own. Due to their relatively small size, sheep are the target of many predators, and the Patagonian steppe is home to a lot of predators, including pumas (also known as mountain lions or cougars), culpeo foxes, gray foxes and multiple species of small cat. There is also concern among ranchers that native herbivores, like the guanaco, compete with sheep for valuable forage. These conflicts have not only threatened ranching but have had widespread effects on wildlife. Some provinces still have bounties for wildlife; others allow for retaliatory or sometimes preventative killing. Huge swaths of land are no longer home to guanacos, and carnivore populations also crashed following colonization. Where ranching and wildlife intersect, conflict generally remains. This doesn’t only matter to the wildlife impacted; removal of wildlife in the name of conflict can disrupt natural processes like seed dispersal, regulation of prey populations, and invasive species management, all of which can create feedbacks that impact the rest of the ecosystem. 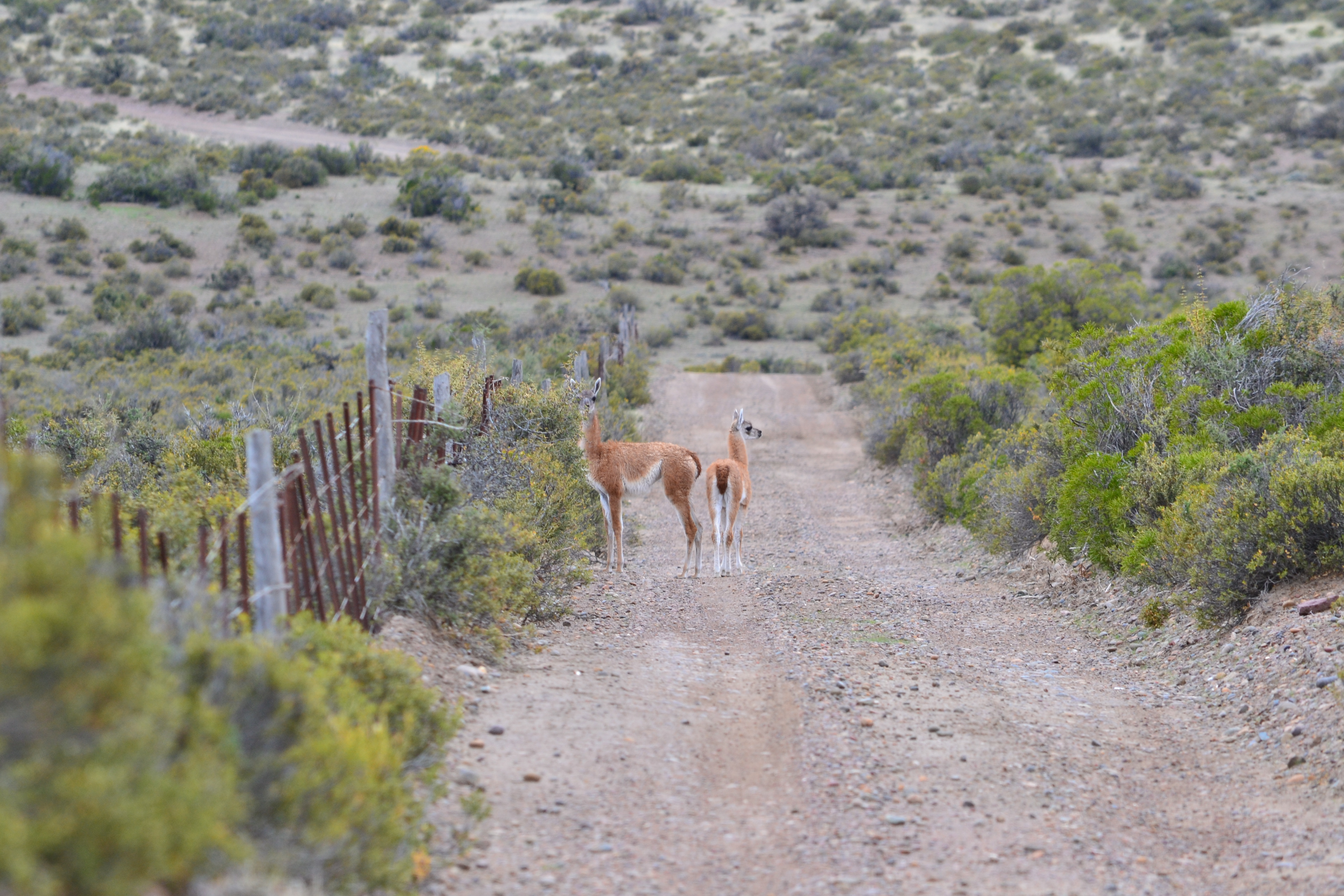 The stunning landscapes and wildlife of Patagonia have attracted significant conservation attention in the region. There are 11 national parks in Argentine Patagonia that are run by the Argentina National Park Service. Other conservation properties are purchased by nonprofit groups with the purpose of rewilding the land, creating ecotourism opportunities, and in some cases converting the property to a national park. I work closely with one such nonprofit, Fundación Rewilding Argentina. At one of their recently acquired properties, a ranch called El Sauce in the Patagonia Azul Biosphere Reserve, the nonprofit is developing public outreach and ecotourism programs. But fostering healthy animal populations for wildlife viewing at a reserve surrounded by ranches is tricky; how do you increase wildlife numbers when your neighbors have the opposite objective? In the words of one rancher we spoke with, “out on the steppe, our sheep are defenseless.”

For many years, conservation took a colonialist approach. Land was stolen from indigenous people to create parks, allowable uses of land and its resources only served the population in power, and local people were left out of decision-making. In the last few decades, conservation as a field has evolved to embrace that working with local communities is not only the just and ethical thing to do, it’s also good for conservation.

Our goal at El Sauce is to find wildlife conservation solutions that work because both ranchers and nonprofits have a seat at the table, not in spite of it. 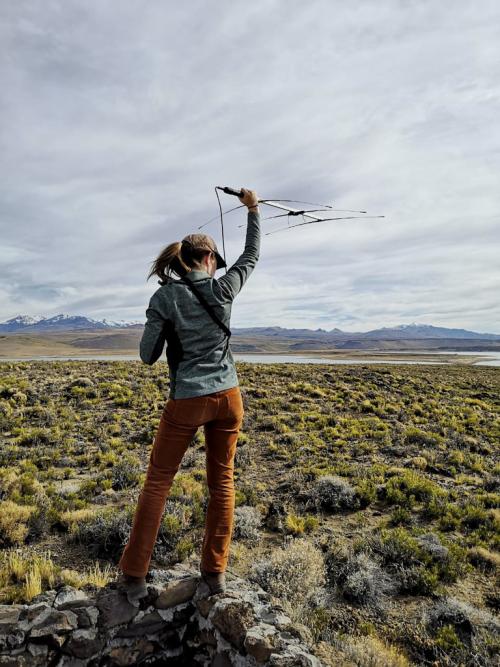 In order to represent the needs of all stakeholders in a conservation plan for the reserve, we first needed to understand how ranchers perceive and interact with the landscape on their own properties. With support from the UC Davis Public Impact Research Initiative, my Ph.D. student Olivia Feldman initiated a project to co-generate data with ranchers using participatory mapping. She trained ranchers across the region how to use mapping software to indicate where they thought their animals were at the greatest risk of being killed by a predator, where the predators were most likely to be located, and where they keep their newborn and yearling sheep. Collecting these data was only possible because of the willingness of ranchers to contribute and be a part of the greater mission to improve human-wildlife interactions in this region.

Our preliminary analyses have identified areas that are most likely to experience conflict from different carnivores, which can inform husbandry decisions made by ranchers. Next, we are launching a new project to track one of the area’s smallest carnivores, the Geoffroy’s cat, to understand its role in conflict with livestock and develop management solutions to mitigate this risk. Above all, our mission is to continue to create open feedbacks of information between ranchers, the nonprofit, and our team with the hopes of developing a wildlife management plan that both protects livestock and promotes ecotourism in the region. It will take a lot of work, but it will be worth it. 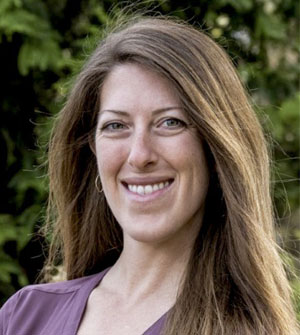