March 18 of every year is an auspicious day for criminal procedure scholars like me who focus on the U.S. Constitution’s guarantee of the right to the effective assistance of counsel for even the poorest among us.

It was March 18, 1963, when a unanimous United States Supreme Court held in the case Gideon v. Wainwright that the Sixth Amendment’s right to counsel meant that Clarence Earl Gideon’s uncounseled conviction for burglary of a pool hall must be overturned so he could be provided with the legal help he had requested for trial. It is perhaps a fitting end to the story for legal scholars, and practicing public defenders, that upon his retrial (this time with a defense attorney representing his interests) Mr. Gideon was acquitted of the charges against him.

Mr. Gideon’s acquittal is often just a small footnote in the larger theoretical discussion of the role his case played in the legal understanding of the Sixth Amendment right to counsel. It serves as a reminder to me though, that too often, the lives of those defendants who are part of the seminal cases every law student and eventual lawyer must know to graduate law school often get lost in the celebration or frustration over the legal precedents the cases set. Gideon v. Wainwright led to both a book, Gideon’s Trumpet, and a movie starring Henry Fonda as Mr. Gideon. These seemingly centered Mr. Gideon in the story of Gideon v. Wainwright in a way we have not seen in many other similarly groundbreaking cases. The book and the movie are perhaps also why so much is known about what happened to Mr. Gideon after his case was completed.

My hope is that my work in public scholarship will give defendants, whose lives shook the very foundations of criminal law and practice, a similar place in the narratives of their own case decisions. 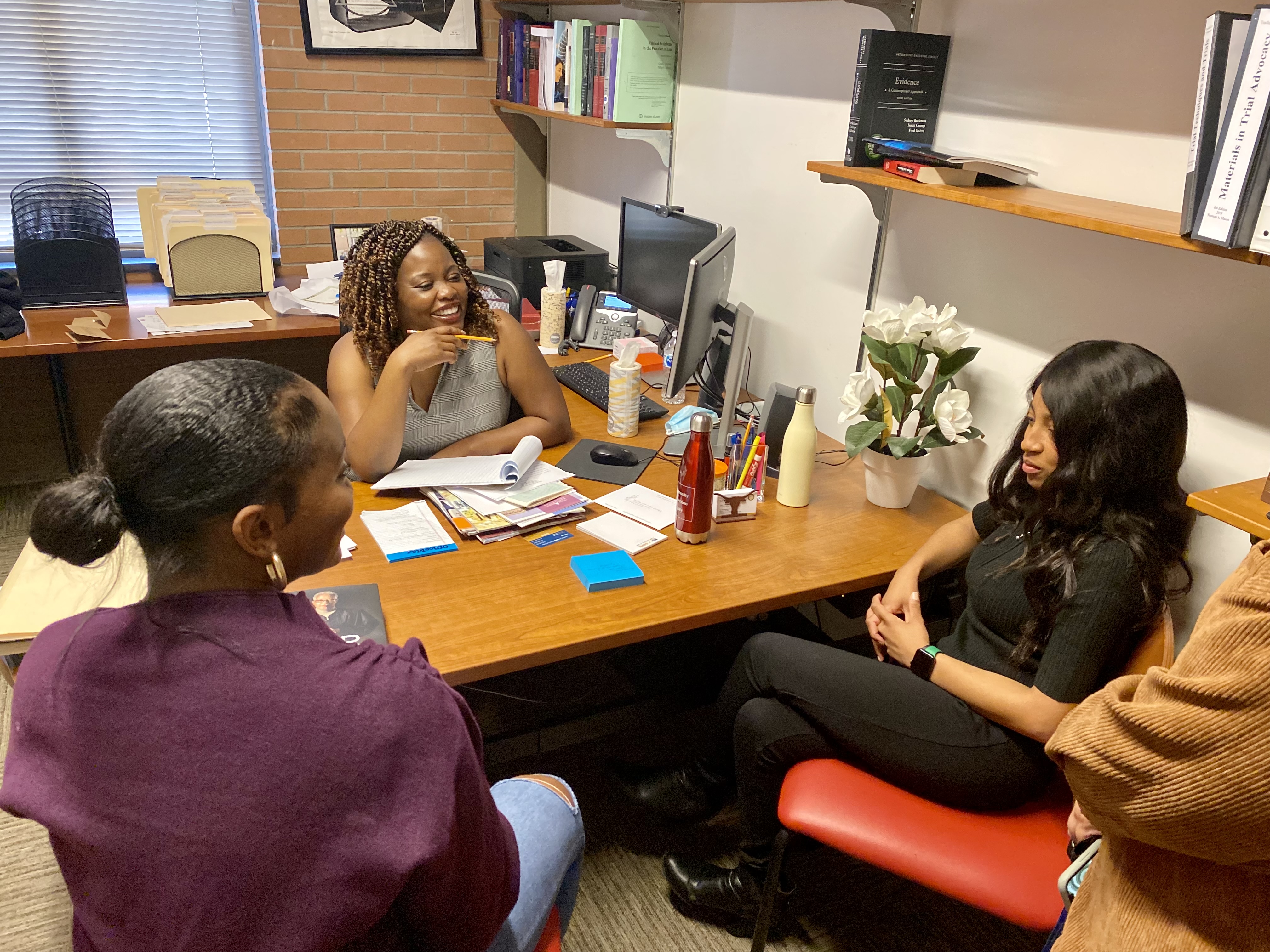 I have been working with three teaching assistants—third-year law students, Dayja Tillman and Liz Wilson, and second-year law student Noriya Bragg—to develop a prototype for a website/search portal that would not only explain the Supreme Court’s interpretation of some of the more popular and well-known criminal law cases, but also the practical influence they have had on the general body politic, as well as the impact the decision had on the named defendants themselves. This project has proven much more difficult than I would have imagined. I’ve detailed three of the major difficulties in bringing it about below.

One of the hardest parts to getting this project off the ground is developing an intellectually honest rubric for deciding what is a Seminal Case. Legal education is very structured. The Association of American Law Schools and the American Bar Association have combined to ensure that every accredited law school generally requires its student body to take the same courses in its first year and Criminal Law is one of those courses. Many students also take Criminal Procedure in their later years of academic enrollment either because their individual school requires it, its subject matter is tested on the state bar they plan to take, or they just find the topic interesting.

Despite the reality that every law student from an accredited law school has taken at least one class, and perhaps two, having to do with criminal law and procedure, there is no requirement that each class be taught a particular way or that each class include a discussion of a particular case. There are certain cases that would seem to be required to understand basic concepts of criminal law and procedure; however, in picking those few, does that serve to undermine others that are significant but, for whatever reason, are not as popular?

I am mindful of the potential criticism that can attach to any decision to emphasize one case over another. As of now, I’ve decided to just use the cases that I would describe as seminal and include the caveat that the website is a work-in-progress. I am both an ex-public defender as well as a scholar of criminal procedure and legal ethics. I am excited to consider this project a prototype for a larger and more expansive future project that will be as inclusive as possible

The truth is that, although any case I would choose to include in the prototype may just be typed words cited from a textbook or images from a PowerPoint slide that I’ve created for my classes - for the named defendants in the cases, these Supreme Court opinions are a story about the worst period of their lives. Take for example the Scottsboro Boys, who are nine young boys whose lives are known to many now because of excellent documentaries. One of their cases, Powell v. Alabama, was a precursor to the Gideon v. Wainwright case. In it, the Supreme reversed the convictions of each of the nine boys because they had been denied counsel at trial. I teach this case every year in my Criminal Procedure class, and I include a summary of what happened to each of the nine boys after the litigation ended. I think it is always more upsetting to the students because they take for granted that, because the Supreme Court issued a decision in their favor, this then translated into whole and comfortable lives for each of the defendants, unmarred by subsequent convictions or continued interaction with the criminal justice system. They are saddened to learn that was not the case.

It is not lost on me that as I try to gather this information of lives of defendants post-Supreme Court decision and place it in a central receptacle, some of these defendants (or their descendants) may not welcome renewed attention on such a traumatic episode of their life. I am still trying to figure out how best to go about reconciling that possibility with the very public nature of the cases. We have not yet reached this stage yet, but my hope is that once we have a prototype in place (and as we continue to gather information from the defendants or their descendants) many will respond favorably to our desire to engage them or their relatives to better inform our legal training and scholarly discussions. This project would improve the narrative in a way that is more reflective of their experience.

My research assistants and I are still trying to determine just what this search portal or website should be in the long run. Should it be a page connected to the Aoki Center on Critical Race and Nation Studies that our law school already has in place? Should we attempt to make it part of a funding proposal for its own unique center given this national moment of racial reckoning and increased understanding of the human implications along racial and class dimensions of the criminal process. Would it work better as its own public, Wikipedia type search page?

We certainly want it to be something publicly accessible and know that, regardless of the form we want it to take, it would truly need input from professionals in a range of informational design and technology fields. As we develop the prototype, we are keeping an eye out for possible collaborations that might assist us in developing something that would truly be a testament to the stories we would hope to tell. By their very nature, law schools are very siloed and despite the significant encouragement we receive from our administration to connect with those in other departments, it has proven hard to do so. I attribute this to the pandemic and hope that there will be more opportunities to engage in casual discussions with scholars in various departments around campus. I imagine any conversation I might have with any scholar of the many remarkable departments and schools we have at this university, as well as non-university partners, would help the project grow tremendously. Having the right partners agree to collaborate would truly be a step forward in making it the type of project it truly deserves to be for the public.

Despite the difficulties I’ve outlined above, it has been exciting to try and develop something I believe will be extraordinarily meaningful with my research assistants. During my time as a public defender in New Orleans, Louisiana, we spoke often about how we needed to shift defense representation to something more client-centered and ensure the client has a central role in any decision we might make on their behalf in the midst of all the courtroom professionalism and legal rules. I can think of no better way to do that than telling their stories as human beings who experienced either the best or the worst of the legal system. I believe that will be a significant contribution to public knowledge about these academic and professional concepts.

Exploring the Link Between Wildfires and Infectious Disease