A Conversation with Public Scholarship and Engagement Leadership

Vice Provost Michael Rios and Associate Vice Provost Tessa Hill met in person for the first time in February 2019. They happened to be seated next to each other at an event billed as dinner and a conversation with some of California’s pioneers in the food and wine industry.

The brainchild of Richard Grosberg, director of the Coastal and Marine Sciences Institute, the event exemplified the kind of work coming out of marine science faculty he wanted to showcase – work that's engaged with communities and farmers and societally relevant. As guests dined family style, they listened to a panel of experts discussing how a changing climate and environment was impacting the production of sustainable food in California.

The experts were not UC Davis faculty and researchers, but rather their industry partners – Terry Sawyer, co-founder of Hog Island Oyster Co., Randall Graham, founder of Bonny Doon Winery, Sue Conley, co-founder of Cowgirl Creamery, and Patrick Mulvaney, chef and wwner of Mulvaney’s B&L. This format put the light on community partners as they talked about how their connections to the university were important.

It was a prescient representation of the types of mutually beneficial relationships Public Scholarship and Engagement would be working to cultivate further – and an auspicious moment for Hill.

“Dinner in Sacramento stands out for me because I was fortunate in that I was seated next to Michael. I think it might have been the first time we met in person.” Hill recalls. “It was fairly early in the development of Public Scholarship and Engagement and so we talked quite a lot about what Michael was doing and what was rolling out of this initiative, and I left with a very strong impression that this is exactly what our campus should be doing and that it was going to set us apart from many other campuses.”

“The thought I left with was, ‘I hope I have an opportunity at some point to help because I want to be a part of that change that is going to happen on our campus.’”

She’s beginning this undertaking by addressing the recommendations put forth by the Provost Work Group – a group of faculty representing all four colleges and six professional schools convened by former Provost and Executive Vice Chancellor Ralph Hexter to explore ways to achieve greater recognition of public scholarship at UC Davis.

Michael and Tessa sat down to talk about the Provost's Work Group recommendations and how she plans to approach her first year as Associate Vice Provost. 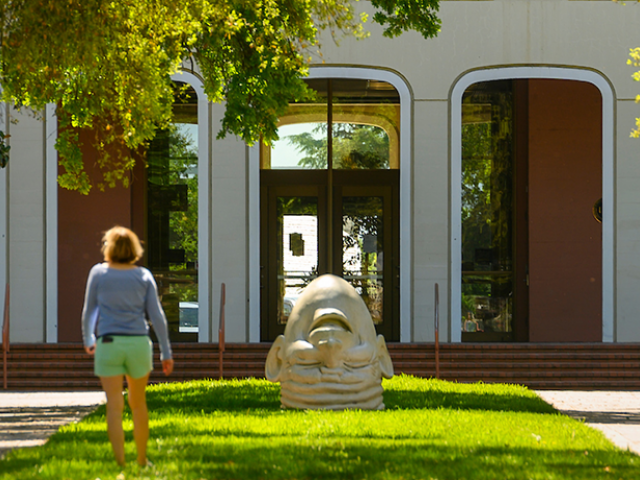 "Public engagement" is about knowing your neighbors, not planning a meeting

A Message of Solidarity